Many readers will know that the name of the M.G. sports car derives from the initials of Morris Garages.

William Morris, later Lord Nuffield, had operated a motor car business in Longwall Street, Oxford since 1898 and in 1910, the trading name of the business became The Morris Garage.

Then, after extensive new buildings were constructed at the Longwall Street premises, the name was changed to The Morris Garages (W.R. Morris Proprietor) in 1913. After Morris began to manufacture cars in March 1913 the main business of The Morris Garages was to sell and service Morris cars, but when a new sales manager, Cecil Kimber, joined the staff in 1921 his enthusiasm for sporting motor cars led him to develop “hotted-up” versions of Morris cars.

Kimber himself competed in trials in these specially prepared Morrises and his efforts soon caught the attention of William Morris, who sanctioned the production of a small run of sports cars, which were marketed as ‘The M.G. Super Sports Morris’ in 1923. These two-seater sports cars were bodied by the Oxford coach-builders Charles Raworth & Son. Today these cars are known as “Raworth M.G.s” but sadly none are known to have survived. Images of Raworth M.G.s can be viewed in the Early M.G. Model Guide section.

Encouraged by Kimber’s efforts, Morris subsequently authorised the production by Morris Garages of the handsome ‘M.G. Super Sports’ based on the Morris Oxford chassis, which retained the famous Bullnose radiator, but featured more stylish coachwork than did the Raworth model.

There was little space at the Morris Garages’ premises in Longwall street for the production of these very early M.G.s so extra premises in Oxford, such as in Alfred Lane (now Pusey Street Mews) were rented specifically for the manufacture of M.G. sports cars.

These cars established the M.G. marque as a favourite amongst sporting motorists, so when Morris Motors replaced the Bullnose chassis in September 1926, the replacement Flat Radiator Morris Oxford chassis was adapted by Morris Garages as the basis for the next range of M.G. cars. Part of the attraction for customers was that despite the sporting appearance and performance of these cars, they retained the Morris reputation for service and reliability.

By 1927 a new factory had been built for M.G. production in Edmund Road, Cowley and then in 1929 M.G. moved to Abingdon.

In March 1928 the M.G. Car Company was formed and then in October that year the M.G. Midget and the six-cylinder 18/80 were introduced. The Midget was closely based on the Morris Minor, and owners of these cars are well served by the Triple M Register of the M.G. Car Club.

M.G. 18/80s were available in a wide range of styles, as may be viewed in our Early M.G. Models section.

From 1924 M.G. rolling chassis were driven from Oxford & Abingdon to the Coventry where the coachwork was manufactured and fitted by the coach-builders Carbodies Ltd. 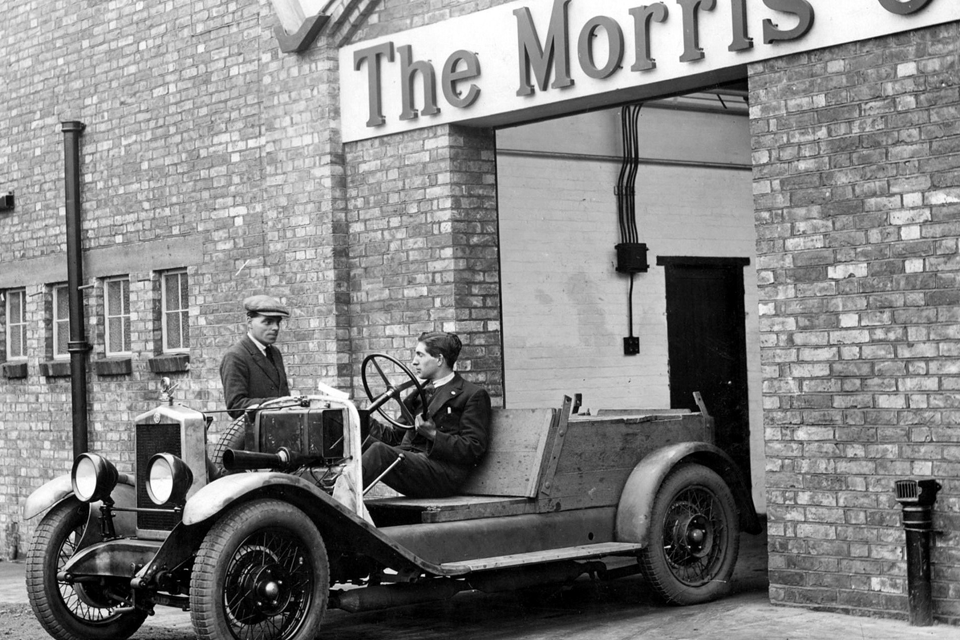 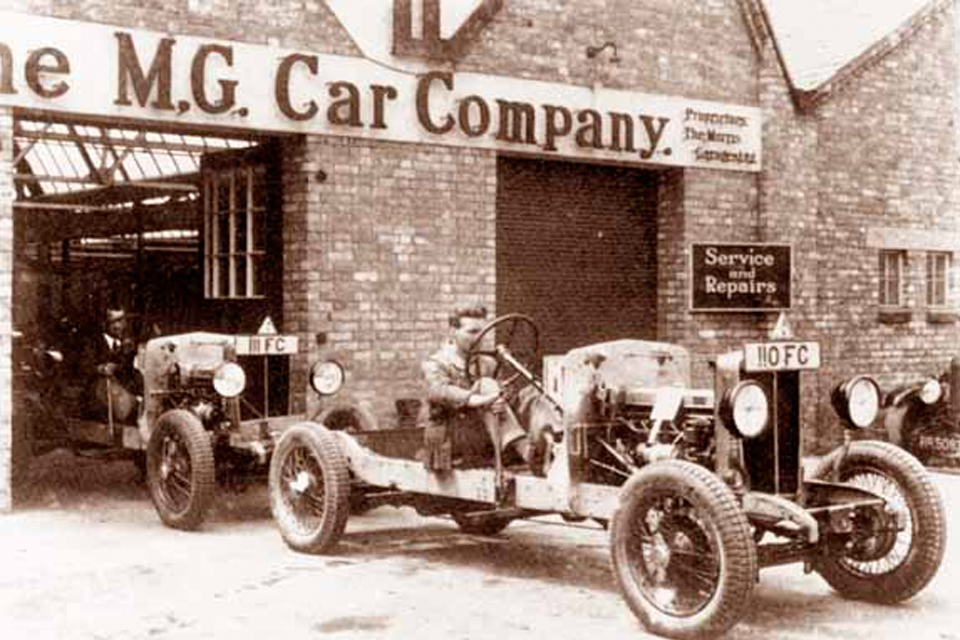 A small number of cars to special order were fitted with coachwork from specialists such as The Carlton Carriage Co.


After joining The Morris Garages as sales manager in 1921, he was made General Manager in 1922 after the untimely death of his predecessor. He was made Managing Director of The M.G. Car Company in 1931 and a director of Morris Motors in 1935. 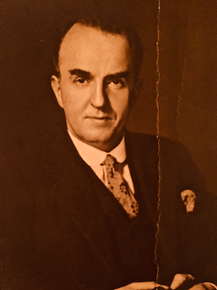 A private family portrait of Cecil Kimber, given to a member of the Society by Kimber’s daughter, Jean.

In 1941 after an unhappy spell in conflict with Morris Motors co-directors, Kimber left to work briefly with Charlesworth Bodies and then with the Specialloid Piston Company.

In February 1945 Kimber was killed in a freak railway train accident at Kings Cross. 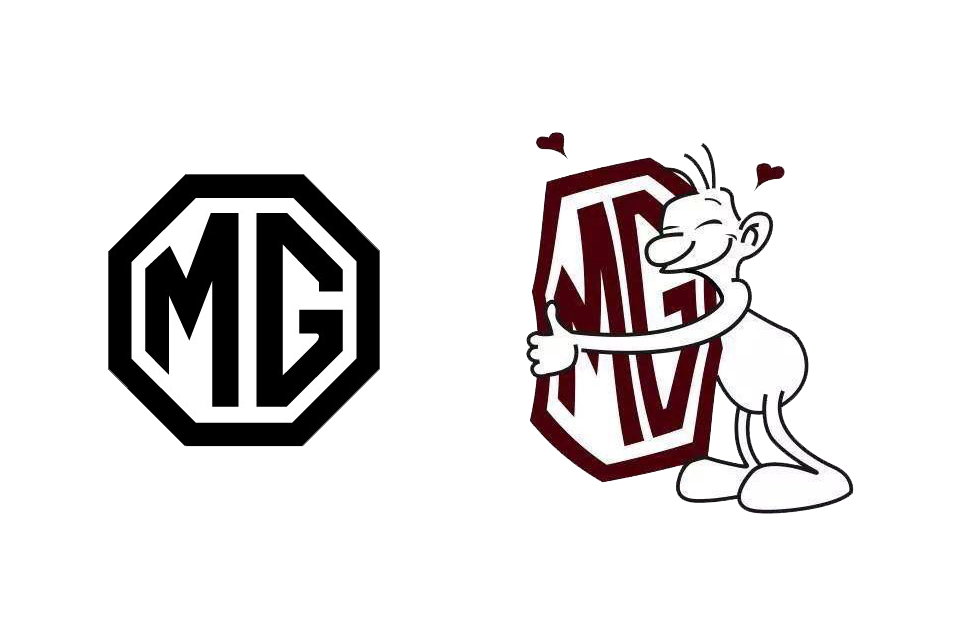 It is not known for certain who designed the M.G. octagon, but it first appeared in an advert for The Morris Garages, Oxford in The Oxford Times dated March 2nd 1923. From that date on it was used extensively in adverts for The Morris Garages and for M.G. cars, yet strangely the first application for the octagon logo as a trademark was not submitted until April 2nd 1928. This is believed to have been simply an oversight on the part of the M.G. marketing department.